A woman is lain out in a butcher’s case along slabs of steak and pork cutlets, her body marked with broad black lines to indicate where to carve out the flank, rib, breast, and beyond. To many, this might sound like the start of a horror movie, but to one Down Under butcher, it sounded like a marketing opportunity.

This image, of a woman tucked behind glass and curled up nude next to piles of raw meat, sparked both admiration and admonition this week when a photo taken in the shop of Darren Gerrand, a butcher in the rural Australian town of Lancelin, made the rounds online. 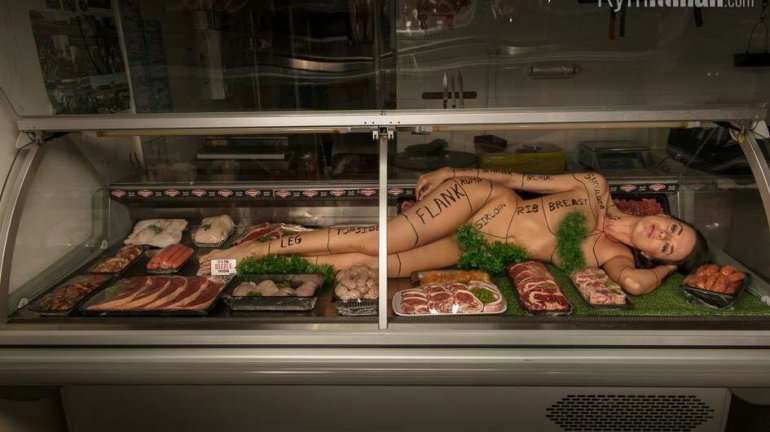 The shot, which was captured by photographer Kym Illman, was a collaborative vision between the two men, who brought in a “fine art nude model” to turn their idea into reality. “We spent an hour setting up the shot, doing a clothed shot first, then the nude one,” Illman tells MUNCHIES in an email. However, the photographer says the paint strokes to indicate cuts of meat were “the model’s idea… after she spotted a poster in the store with beef cuts marked on the cow.”

This is a text widget. The Text Widget allows you to add text or HTML to your sidebar. You can use a text widget to display text, links, images, HTML, or a combination of these. Edit them in the Widget section of the Customizer.